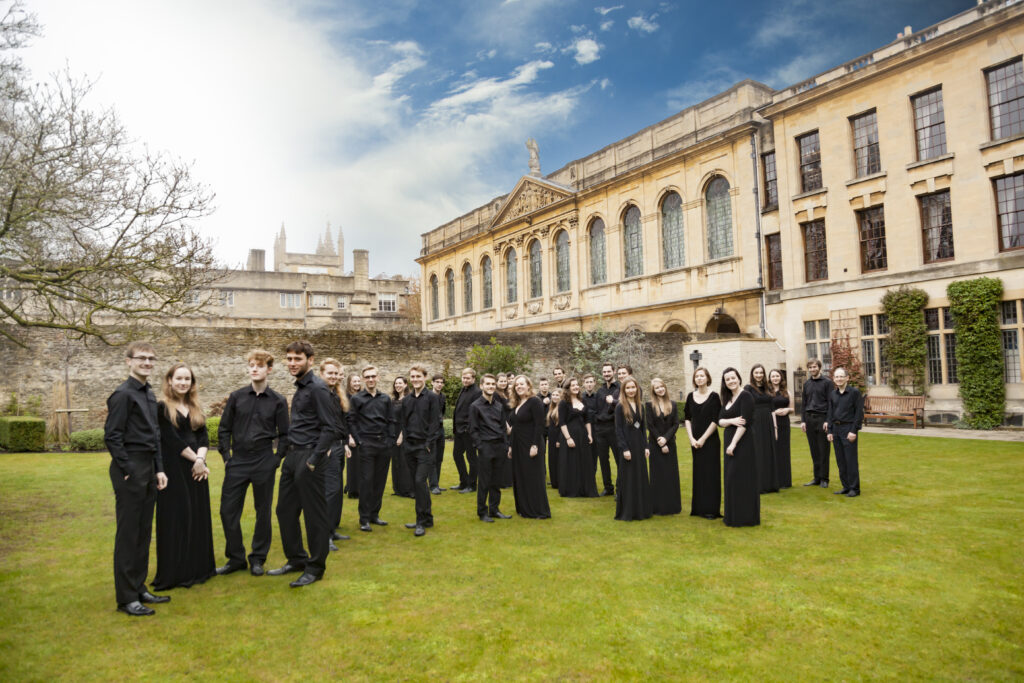 The Choir of The Queen’s College, Oxford is among the finest and most active university choirs in the UK.

An absolutely superb performance…British university choral sound at its best.

Its wide-ranging repertory includes a rich array of music from Renaissance and Baroque masterpieces to contemporary works, including commissions. During the academic year the Choir provides the music for regular services in the splendid Baroque Chapel of The Queen’s College and its extensive concert schedule involves appearances in many parts of the UK and abroad, including work with various professional orchestras such as the Academy of Ancient Music, Orchestra of the Age of Enlightenment, The Brook Street Band, the Oxford Philharmonic Orchestra, and Instruments of Time and Truth. The Choir broadcasts regularly on BBC Radio, while tours in recent years have included China, the USA, Sri Lanka, Italy, Portugal, Spain, France, the Low Countries, and Germany.

One of the Choir’s latest CD recordings was released in February 2019, and features the Missa Gloria tibi trinitas and other works by the sixteenth-century composer John Taverner.  It met with universal acclaim as critics praised the grandeur of the full ensemble and the wonderful wall of sound. Equally glowing reviews met The House of the Mind in 2018, a disc celebrating the music of Herbert Howells, setting his works alongside pieces he inspired and influenced, including works by Nico Muhly and David Bednall. Reviewers commented on both the excellent performance and the intriguing choice of repertoire. Queen’s Choir has also recorded for film at the famous Abbey Road Studios, and appears on the Grammy-nominated soundtrack of the Warner-Brothers film Harry Potter and the Half-Blood Prince, which was released in July 2009.

The College was founded by Robert de Eglesfield in 1341 to be ‘a place of education and religion’ and the Chapel remains a place set apart for stillness and wonder in the heart of today’s busy College.

The Story of The Queen’s College Chapel

Education in a collegiate setting is about more than just degree outcomes. Those who study here have the opportunity to learn as part of a community, to fulfil their creative as well as academic gifts, and to explore and discover the values which will shape them in their life to come. Whether or not you choose to attend worship in the Chapel, its presence as a space for glorious music, quiet contemplation, and challenging preaching stands as an invitation to engage with your time at Oxford on a more than purely academic level.

Our current Chapel is three hundred years old, consecrated by the Archbishop of York on All Saints’ Day, 1 November 1719. It remains a space at the heart of the College where we express our life as a community: where we mark beginnings and endings, where we celebrate one another’s joys and stand in solidarity with those who are struggling, where we honour our history and pray for our future. Just to step into this hushed and hallowed space can bring perspective in a pressured Oxford term.

The Chapel is there for the whole College, and it is open throughout the day for any member of the College community. Regular services are conducted according to the practice of the Church of England, but they are open to all: it is the College Chapel, and as such it belongs to all members of the College, regardless of their own religious belief or affiliation. It is often in use as a rehearsal and performance space for musicians, and there are also times set apart each day for quietness and prayer.

Regular services run throughout term-time. In normal times, these are open to the public, and we are privileged to share the beauty of our choral worship with many local residents and tourists, as well as members of the College.

Outside term, the Chapel hosts Old Members who return to College to celebrate their weddings. Our services are open to the public as well as members of College, and all are welcome to attend in person or to join us via the livestream on our YouTube Channel.

The regular pattern of services is as follows:

Mon – Fri, 8.45am: Morning Prayer. A chance to pray together using the church’s pattern of psalms and bible readings, lasting approximately fifteen minutes.

Weds & Friday, 6.30 pm: Choral Evensong. The traditional Evening office of the Church of England, a service of psalms, scripture and song adapted from ancient monastic practice. Lasting 30 – 40 mins and led by the Choir, it is a chance to draw breath at the end of a busy day.

Sunday 9.30 am: Holy Communion. A quiet, intimate communion service with a short reflection from the Chaplain. Followed by hot chocolate, coffee and pastries! The Chaplain is here to be a supportive presence for the whole College, and to provide pastoral support to any member of the College community. She is also part of the welfare team, and they work closely together to co-ordinate support. However, the Chaplain sits outside of the academic, disciplinary, and medical structures: she is not here to make any decisions for or about you. Her concern is you as a person, not you as a student or a colleague. She can listen confidentially and often point you where you need to go, be it on a welfare matter or a practical issue about life in College.

You can get in touch with her by email, phone, or on Teams, or just drop round for a cup of tea.

The Chaplain is supported in organising Chapel services by the Chapel Clerks and the Chapel Team.

Other faiths, denominations, and belief groups

The Chapel is consecrated as an Anglican place of worship, but many of those who attend regularly and those who assist at services belong to different churches or would not consider themselves religious at all. Preachers are invited from various Christian traditions. Once a term, a mass is celebrated by a priest from the Catholic Chaplaincy.

The Chaplain is available to all members of the College community, regardless of religious affiliation, and is your first point of call for religious and spiritual life in the College. The College is committed to being an inclusive community, in which members from all backgrounds feel fully welcome and involved in College life. As part of the College’s ongoing work on equality and access, the Chaplain is convening a group of students from different religious traditions to discuss faith and inclusion. If you are a new, current, or recent Queen’s student and would be willing to contribute your experiences and insight on this topic, please get in touch with the Chaplain.

The Chaplain is a priest of the Church of England and licensed by the Diocese of Oxford. For members of the College seeking spiritual care that cannot be provided by the Chaplain, there is University-wide chaplaincy for different religious groups and Christian denominations. There is also a list of University and locally-based societies, groups, and places of worship, including groups for atheist and agnostic members of the University. 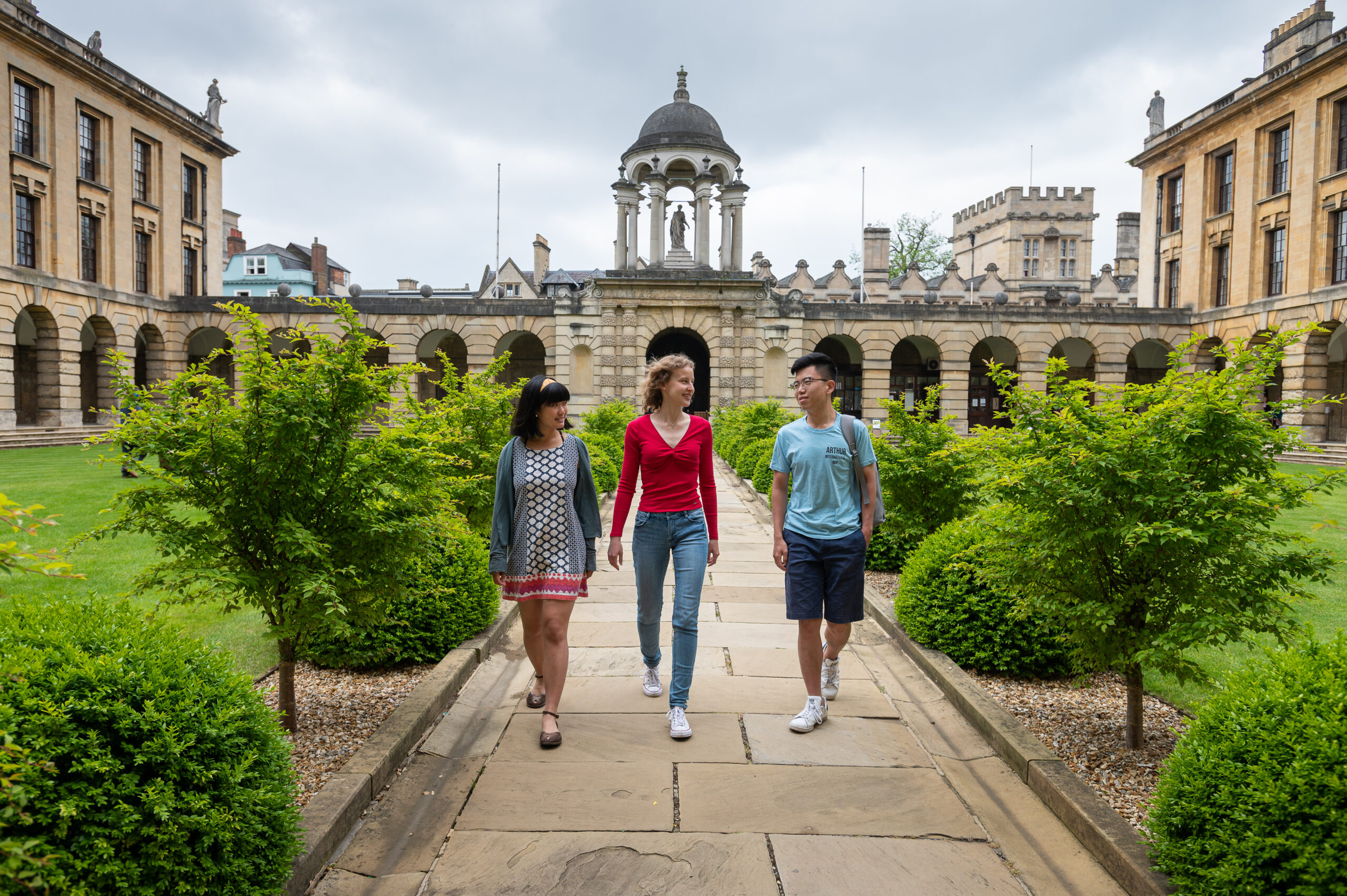 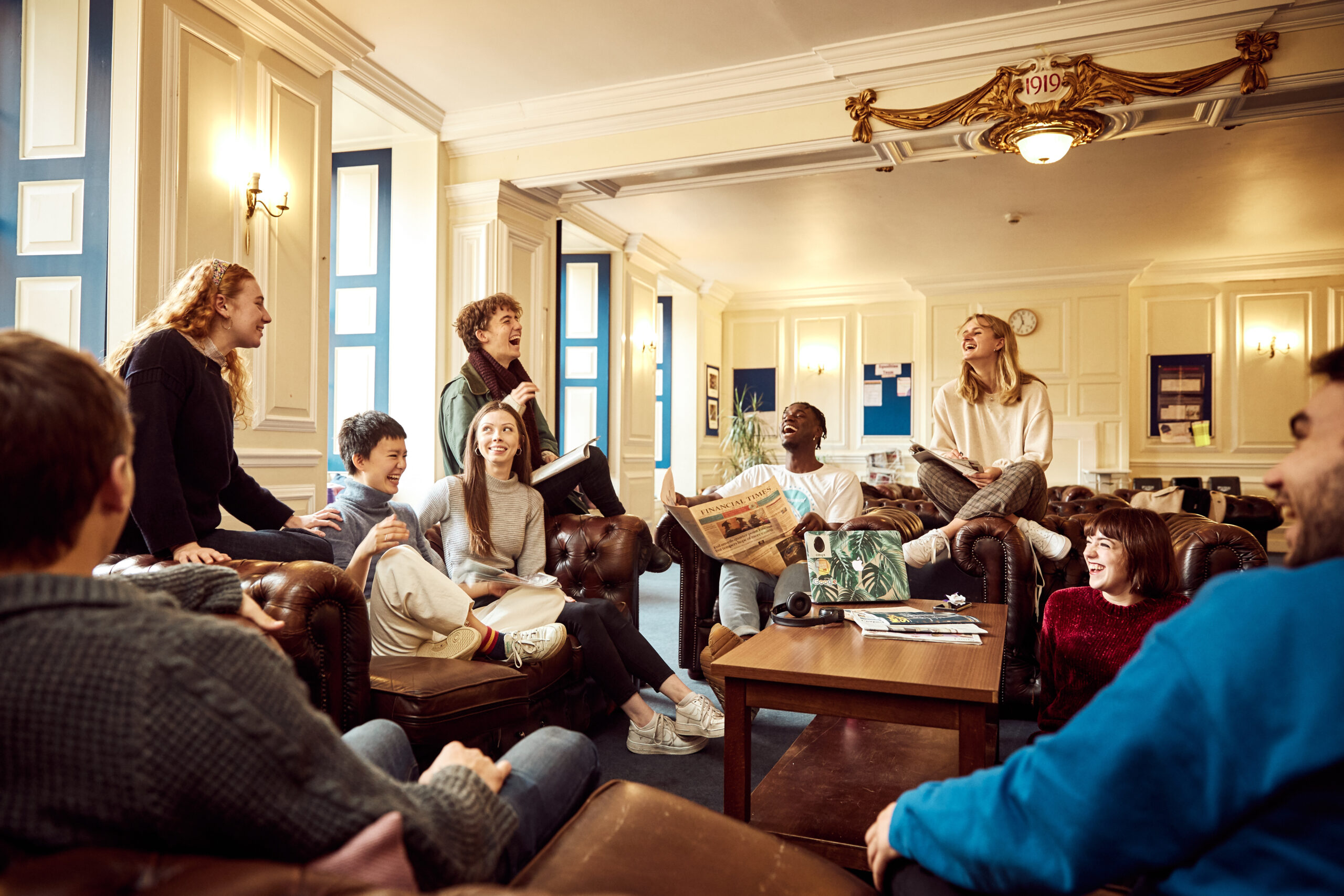