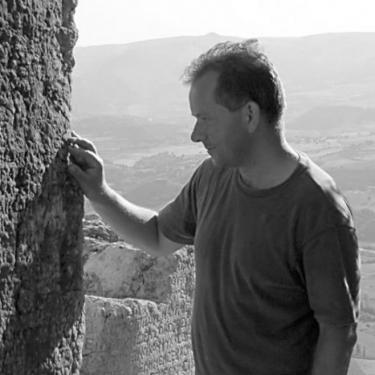 After a state grammar school education I read Classics at Corpus Christi College, Cambridge (1977-80). I have an M.A. in Classics from the University of Cincinnati and a doctorate in Hellenistic History from King’s College London. I have taught at King’s College London and, from 1992 to 1994, the Institute for the History of Ancient Civilizations in Changchun in northeastern China. I have worked in Oxford since 1994 and was a Research Fellow at Wolfson from 1997 to 2004. I came to Queen’s in 2010 after my appointment as University Lecturer in Greek Epigraphy.

At Queen’s I teach the principal Greek history period and thematic papers for Classics and Ancient and Modern History undergraduates. I also teach a graduate seminar in Classical Greek and Latin epigraphy, and supervise graduate students studying Hellenistic history and Greek epigraphy.

My research interests are in Hellenistic Greek history, in particular in the history of institutions, and more generally in Greek and Latin epigraphy. I have current museum and field projects in Chios and in the Commagene region of south-eastern Turkey.

I have been associated with the Centre for the Study of Ancient Documents, a research unit in the Classics Faculty for epigraphy and papyrology, since its establishment in 1995, and have worked closely with Professor Alan Bowman in a series of projects to improve the reading and decipherment of ancient documents written on wood, lead, stone and other surfaces.