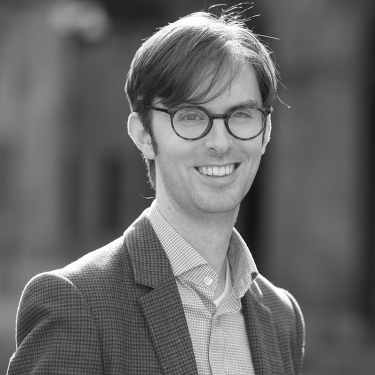 I did my undergraduate degree in History and English at Cork in Ireland (where I was born and raised), before coming to Oxford for graduate work. I completed my doctorate on the image of the Jewish temple in the writings of the Anglo-Saxon monk Bede at Queen’s; the subsequent book from this work won the 2017 Best Book Prize from the International Society of Anglo-Saxonists. After Oxford, I held research fellowships at Churchill College, Cambridge, and the Institute of Medieval and Early Modern Studies, Durham, as well as teaching positions at Sheffield and King’s College London. I took up my current post at Queen’s in 2020.

I teach early medieval history, both that of the British Isles and Europe more generally, occasionally venturing into the High Middle Ages. I also contribute to the teaching of historical methods, theories and approaches at both an undergraduate level, in College, and a postgraduate level, at the History Faculty.

I am writing a book on The Rise of Christian Kingship, 400-850 (under contract with OUP), part of a wider project exploring the possibility of a religion/ secular distinction in the early Middle Ages. While pre-modern people are usually thought not to have distinguished religion from the secular, my work seeks to show how what I call ‘secularizing strategies’ were deployed in early medieval contexts.

For a list of my publications, see my Academia page.