I grew up in Hoboken, New Jersey, across the Hudson River from downtown Manhattan. I completed a BA in Comparative Literature and History of Art and Architecture at Brown University in 2015, followed by an MPhil in European and Comparative Literatures and Cultures at the University of Cambridge in 2016. I spent two years teaching high school history in Connecticut before returning to Cambridge to pursue a PhD in French with funding from the Gates Cambridge Scholarship programme. I joined Queen’s as a Career Development Fellow in French in the autumn of 2022.

I teach French Literature, with a focus on the sixteenth and seventeenth centuries, across the first-year course and FHS. I also teach translation into English.

My research demonstrates a preoccupation with the relationship between communication and power in early modern French literature. My doctoral thesis explores Michel de Montaigne’s conception in the Essais of the mechanics of communication, as well as the ways communication influences and is influenced by social and political structures. Adopting a theoretical approach rooted in pragmatic language philosophy, with a particular focus on relevance theory’s cognitively-inflected account of utterance interpretation, the thesis examines Montaigne’s portrayals of communication in four contexts: conversation and civility, diplomacy, jurisprudence, and prayer and exegesis. The sustained use of a pragmatic framework to analyse Montaigne’s evocations of seemingly disparate communicative domains, typically treated separately by intellectual history, reveals patterns in his thinking that traverse these domains.

My next project, provisionally entitled ‘“Ces mots semblent être des charmes”: Speech, Authority, and Force in the Tragedies of Corneille and Racine’, explores the instrumentality of authoritative speech in seventeenth-century French tragedy. Homing in the speech of monarchs and oracles in particular, it considers how these figures take advantage of, or circumvent, communicative conventions to influence and construct social and political realities. A pragmatics-oriented analysis of forceful speech offers a new means of comparing and contrasting the canonical works of Corneille and Racine. The project also incorporates works by their contemporaries, including Catherine Bernard and Jean Rotrou, to offer an analysis of how monarchical and oracular speech operate in the broader realm of seventeenth-century theatrical theory and practice. 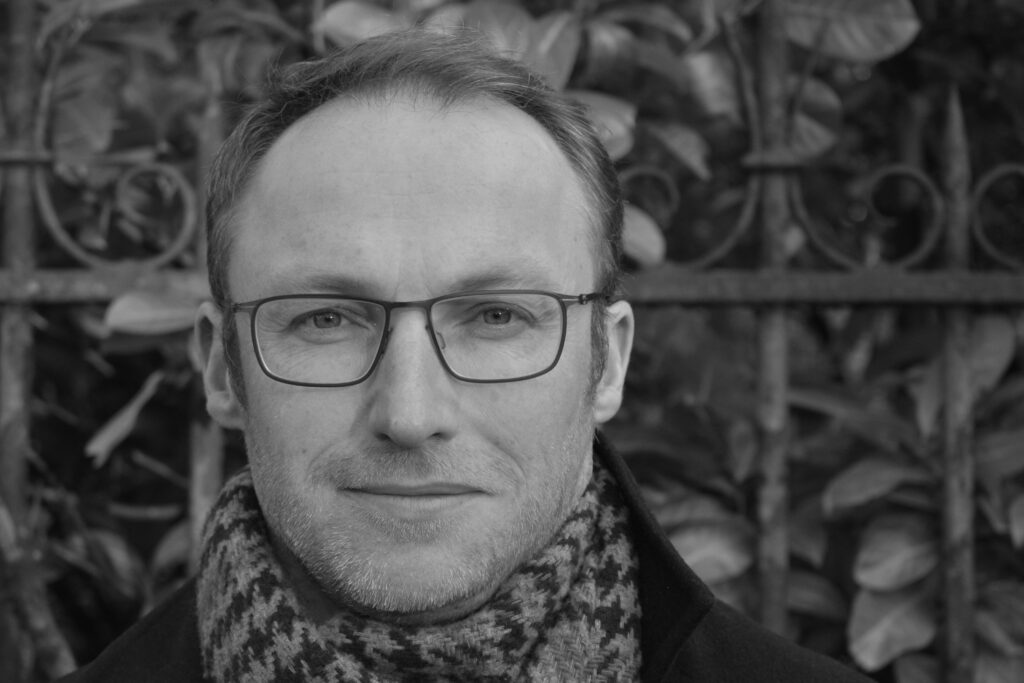 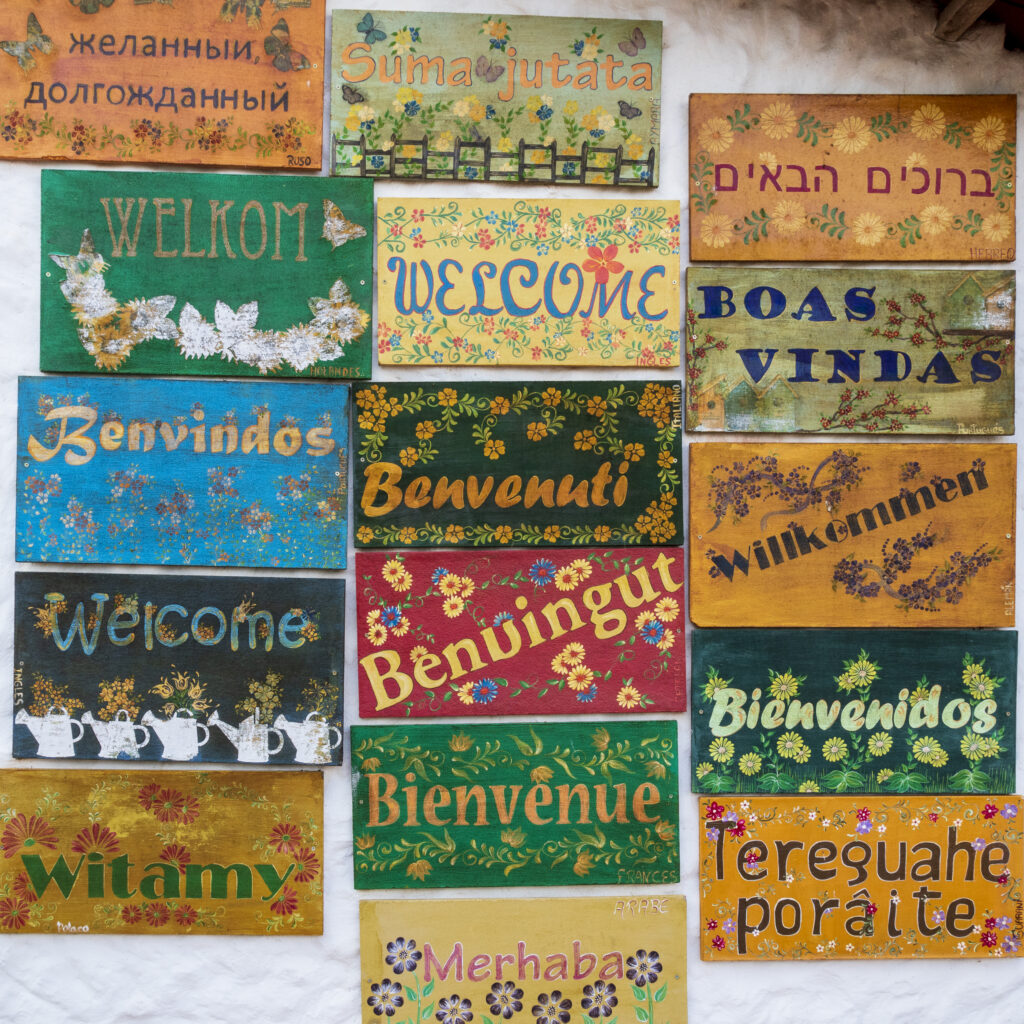 The College has a particularly strong and lively tradition in these subjects and normally admits about 13 students per year for the courses involving Modern Languages. We welcome applications for all languages taught at Oxford and for all subject combinations.

Queen’s is also the home of the Schwarz-Taylor Chair in German, currently held by Professor Karen Leeder.

We welcome applications for all languages taught at Oxford and for all subject combinations, the only restriction being that applicants for Joint Schools (Classics, English, History, Linguistics, or Philosophy) must combine it with one of the languages in which we have a resident Fellow (i.e. French, German, or Spanish). In general, we particularly encourage applications for combinations that involve one or more of these three languages, though that does not mean that candidates interested in other languages should be put off from applying. The College has developed a particular reputation in English and Modern Languages that it is keen to maintain.

The Modern Languages course lasts four years and includes a year abroad, normally taken between the second and third years of study in Oxford (but after the first year for students reading Beginners’ Russian or a Middle Eastern language). Many of our students spend the year as teaching assistants in a school, but it is also possible to attend a foreign university, or to find a work placement. Some placements tend to be handed down from student to student, and there are exchange schemes in place with the University of Salamanca and with the Maximilianeum Stiftung in Munich. The College provides generous grants to assist those wishing to study abroad, or to fund attendance at language courses abroad in some cases.

The large number of Tutorial Fellows and Lecturers, together with the native speakers appointed in French and German as Lectors, means that most major aspects of the course, both written and spoken, are taught within the College, though in some areas students will be sent to specialists elsewhere, and some language tuition is provided centrally by the faculty. The tutors in Modern Languages work closely with their colleagues in other subjects to ensure that all combinations function well, whether within Modern Languages or in the Joint Schools.

In the second year all Modern Languages students are involved in a ‘Critical Reading’ seminar which encourages students to make connections across and between their subjects. Otherwise the variety of subjects taught is such that it is rare for any two students to be studying exactly the same permutation and, after working on set texts in the first year, students are encouraged to pursue their own interests for the remainder of the course.

As at all colleges, candidates are required to submit one piece of language work for each language they intend to study and are also doing at school, and in addition one piece of written work in English (so a maximum of three pieces in all). In all cases this should normally be regular marked school work. Candidates are also required to sit language tests in their schools in November. The interview itself will include discussion of a short poem or other brief text which will be supplied half-an-hour beforehand. There will be two interviews, normally one for each of the subjects applied for. The discussion of the text will lead on to a general discussion of why the candidate has opted for a predominantly literary course and what literature he or she has read, in any language. We are looking for candidates with a sound grasp of the languages they are offering, a genuine commitment to literary study broadly conceived (and also to the study of Linguistics where appropriate), and an ability to form independent judgements on what they have read either in a foreign language or in English. It is not necessary to have studied literature formally at school. We are seeking above all to assess potential, rather than acquired knowledge.