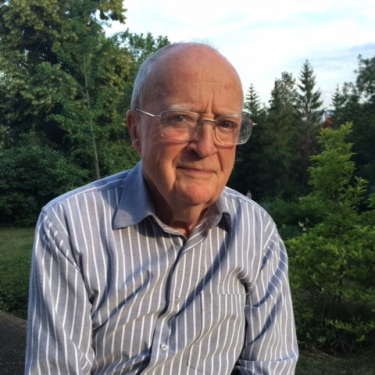 Jim Reed was the Taylor Professor of German Language and Literature and a Fellow of The Queen’s College from 1989 until his retirement in 2004. He was elected to an Honorary Fellowship at Queen’s in 2007.

Educated at Oxford, Jim read German and French at Brasenose College, before becoming a Senior Scholar at Christ Church in 1960-61. He then returned to Brasenose as a Junior Research Fellow from 1961-63. From 1963 until 1988, he was a Fellow and tutor in Modern Languages at St John’s College. He also now holds an Honorary Fellowship at St John’s.

Jim received the Gold Medal of the Goethe Society, Weimar in 1999 and the Humboldt Foundation Research Prize in 2003. He is President of the English Goethe Society.

Jim’s research interests are in German literature, history and ideas from the eighteenth century to the present. His books include Thomas Mann: The Uses of Tradition (1974), The Classical Centre (1980), Goethe (1984), Schiller (1991), Humanpraxis Literatur (2001), Mehr Licht in Deutschland. Eine kleine Geschichte der Aufklärung (2009), and Light in Germany: Scenes from an Unknown Enlightenment (2015).

His new book, Genesis. The Making of Literary Works from Homer to Christa Wolf is due to be published in New York on 15 September 2020.