A view from the JCR

A personal perspective from the JCR President 1978-9

“Goodness me; is it really 40 years?  In many respects it seems like only yesterday that women first came to Queen’s and yet, so much has changed in the interim that it must be a lifetime ago!

The winter of 1978 had been one of the hardest anyone could remember: – returning to Queen’s following the Christmas vacation it was noticeably warmer outside the stone buildings than inside!; at the time there were no external doors at the bottom of staircases and most staircases had a loo on the ground floor: in fact on my own staircase (Back Quad IV) the water in the loo bowl was frozen solid!

Back then many other things were different:-

Back in 1978 there had been a conference at Queen’s for the headmistresses of girls’ schools in an attempt to persuade them that their capable students would be welcome at Oxford.  Anecdotally, there was something of an unseemly scramble between the Colleges to be amongst the first to open their doors to women and so, in true Oxford fashion it was decided to draw lots to see which Colleges had “first pick” to effect an orderly and structured transition to a mixed university.  Well, the story goes that two of the higher performing Colleges in the Norrington table (they shall remain nameless) who weren’t drawn in the first cohort; unilaterally decided to “go mixed” regardless of the consequences and so the whole system collapsed: as a result those women in the vanguard found themselves very thinly distributed indeed.

and into all this walked 15 unsuspecting Queen’s-women…

It would be less than truthful to suggest that this was a well planned and executed transition:

I recall one meeting (in my capacity as JCR President) with Mrs Townsend to discuss what provisions if any, would be required to welcome the women to Queen’s and to help them to “fit in” and feel comfortable”.  The best we could come up with was a rota to offer “escorts” back to both Florey and the Iffley Road Annexe for those who wanted them, but in many respects we need not have worried – the girls very quickly found their feet and I think that as a group of young men who had been educated largely in single sex grammar or private schools we were more nervous of them than they ever were of us!

Well, within a very short space of time things had changed significantly; Queen’s had a Women’s “Eight”; a Hockey Team; a Cricket Team – in fact just about any sort of team you can think of!  Not bad when there were only 15 candidates!  The Eaglets however remained stoically unreceptive and so the Queenette’s Dining Club came into being – I don’t know the current position…

My overwhelming recollection is that the women threw themselves whole heartedly into College Life and brought a perspective and an inspiration which has transformed the College for the better and continues to go from strength to strength.

Naturally there were the inevitable early romances, one of my close friends Tim Morland married Isobel, Simon Whitaker married Cath and Steve Burt (a fellow geographer and yet another extinct species) followed suit.

Overall, the acceptance of women into Queen’s has been both enriching and stimulating – and we have all benefitted greatly.  Queen’s remains the same vibrant environment it ever was – it’s just different…and all the better for it.” 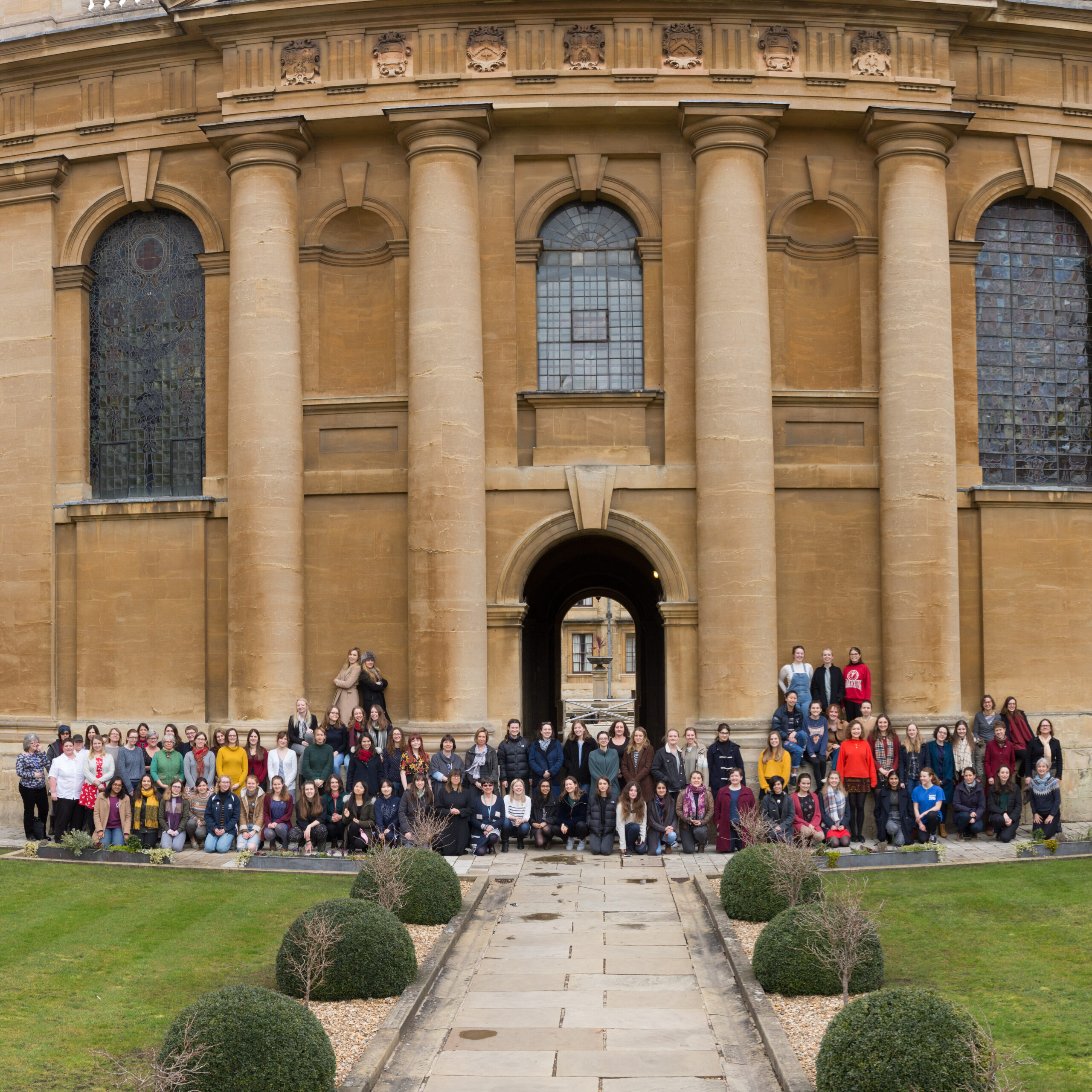