The Translation Exchange launched this brand new competition for schools in 2020, in partnership with the Stephen Spender Trust. The competition is inspired by the life and work of the great translator Anthea Bell. It aims to promote language learning across the UK and to inspire creativity in the classroom. By providing teachers with the tools they need to bring translation to life, we hope to motivate more pupils to study modern foreign languages throughout their time at school and beyond.

The prize is free to enter and open to all schools across the UK. Complete this online form to register your interest in the prize in 2022-23. All registered teachers will receive three sets of teaching resources across four levels for French (including French-Welsh), German, Italian, Mandarin, and Spanish.

We have had a brilliant time delivering these resources. Year 7 all the way through to Year 13 have engaged brilliantly and students have responded really well to the challenge. The resources were so well thought through, so easy to use and an absolute joy to teach.

The prize is free to enter and is open to all schools across the UK.

The competition itself takes place in February-March 2023. We wanted to make sure that this wasn’t a one-off event, but something that could be integrated into the year’s teaching. To that end, we have developed three sets of resources for MFL teachers to use in the build-up to the competition, focusing on translating poetry, fiction, and literary non-fiction. You can read more about our approach to developing the first set of resources in our Oxford Education Blog post.

Teaching packs are available below in 4 levels in 5 languages (French, German, Italian, Mandarin, Spanish), covering all year groups at secondary school from age 11 to 18.

The competition also runs at all levels from French into Welsh; bilingual teaching resources (in Welsh and English) are available for pupils studying French at the beginning and end of Key Stage 3; we plan to add to these bilingual resource packs in coming years. Schools can choose to enter students for translation from French into Welsh, English or both languages.

All those who register their interest receive teaching packs which include videos, PowerPoint presentations and worksheets. For each of the four levels in each language, there are three sets of teaching resources on translating poetry, fiction and non-fiction. The teaching resources are distributed in autumn 2022 and early 2023.

All schools will be invited to participate in the competition in as many languages and levels as they wish. In 2023 the competition will run for several weeks from just before February half-term until the beginning of the Easter holidays (8 February – 3 April). Teachers are asked to submit the top five submissions from their school for each level in each language by 3 April.

The competition runs in the first instance across 10 geographical areas of the UK to ensure as much participation as possible from right across the country: East, Greater London, Midlands, Northern Ireland, North East, North West, Scotland, South East, South West, Wales. Our judges award commendations and select area winners from which UK-wide winners are then selected for each level in each language. See the list of winners and commendations in 2022.

Teachers new to the prize can register to receive access to our teaching resources and updates about the competition via this registration form.

After you have used the poetry resources, please fill out our feedback form. We always welcome feedback on our resources and any other aspects of the prize.

We are particularly keen to hear from state schools about the accessibility of our resources. Please get in touch to let us know your thoughts.

We were delighted to receive over 3,200 entries from 261 schools in 2022. Teachers told us that over 14,000 students from across the UK participated in the competition. See the the list of winners and commendations in 2022. Congratulations to all who participated!

Over 500 schools from across the UK registered for the prize resources in the first year (2020-2021), with 200 selected to take part in the final competition phase in June. Area and national winners of the Prize were announced in July 2021.

In this first year of the prize we developed 48 resources across four languages (French, German, Mandarin and Spanish). The competition ran at four levels in these four languages.

Thank you to all judges, teachers and participants in this first year of the Anthea Bell Prize, as well as to our administrative assistant Gemma Craig-Sharples, our resource developers Clare Savory, Rosalind Harvey and the team at Paper Republic (Emily Jones, Eric Abrahamsen, Jack Hargreaves, Lirong Yao, Nicky Harman), our first coordinator Alyson Coombes, and resource developer and prize coordinator Holly Langstaff!

The Anthea Bell Prize for Young Translators was created by Charlotte Ryland, founding Director of the Queen’s College Translation Exchange. Charlotte had the pleasure of working with Anthea Bell for many years, and is proud to have founded this prize in her honour.

Judges 2021
A team of translators from right across the UK, along with Oxford languages undergraduates, have worked together to judge over 1,000 entries to this year’s prize. The Mandarin entries have been judged by our partners Paper Republic. You can read an interview with two of our national judges on our blog page.

This year’s national judges are literary translators and writers Jen Calleja, Jessica Rainey and Anam Zafar, along with the Paper Republic team.

Jen Calleja is a writer, literary translator from German and editor based in Hastings and originally from Shoreham-By-Sea. She has translated over a dozen works of German-language literature as well as poetry, short stories and essays. Her translations have been shortlisted for the Man Booker International Prize 2019 and the Schlegel-Tieck Prize 2018, and have appeared in The New Yorker, Modern Poetry in Translation, Granta, The White Review and elsewhere. She is co-publisher at Praspar Press, a new micro-publisher for Maltese literature in English and English translation.

Jessica Rainey is a translator from French and Spanish, and an associate lecturer in translation at Durham and Newcastle universities. Literary translations include two contemporary Spanish plays (Cervantes Theatre) and a Salvadoran poetry collection (Red Ceilings Press). Events include Protest Poets in Translation (Southbank Centre) and Translation as Collaboration (Newcastle University). She has an MA in Translation Studies, and a BA in English Literature and African & Asian Studies.

Anam Zafar translates from Arabic and French into English. She holds an MA in Applied Translation Studies from the University of Leeds. She translates novels for children and adults to allow misrepresented communities to tell their own stories on their own terms. She also translates for international organisations and academic journals, specialising in environmental issues and the social sciences. She was a 2020/21 mentee on the National Centre for Writing’s Emerging Translators Mentorship scheme, and in May 2021 she was a translator in residence as part of their Visible Communities programme. She is also a social media administrator for World Kid Lit and participant in the Stephen Spender Trust Multilingual Creators programme.

We are therefore also working with a team of translators from those areas, some of whom will be making videos to be shown at the winners’ schools:

Our team of Oxford languages undergraduates:

The prize culminates in a competition task, but we aim to ensure that this creative translation can be integrated into the year’s teaching rather than being a one-off event. To that end, we provide three sets of resources for MFL teachers to use in the build-up, focusing on translating poetry, fiction, and literary non-fiction. The competition and resources are targeted at four levels in four languages (French, German, Mandarin, and Spanish).

You can read about our approach to developing the first set of resources on translating poetry in our post for the Oxford Education Blog.

We were delighted to receive 295 entries for our inaugural schools competition in summer 2020. All the winners and commendees are listed here.
Well done to everybody for taking part, and thank you to all the teachers who submitted their students’ entries! We hope that this has whetted appetites for creative translation, and for our brand new nationwide competition for French, German, Mandarin and Spanish.

We are grateful to the Goethe-Institut and Penguin Classics for donating book prizes for the competition.

Anthea Bell OBE (1936–2018) ranked among the leading literary translators of the 20th and 21st centuries. Her work from German, French and Danish into English encompassed the writings of Kafka, Freud, E.T.A. Hoffmann, the Brothers Grimm, Hans Christian Andersen, Georges Simenon, W.G. Sebald, René Goscinny, Cornelia Funke and many others.

She won numerous literary awards, some of them several times, and was awarded the Order of Merit of the Federal Republic of Germany in 2015.

We are delighted to be able to honour Anthea’s great work, and her commitment to encouraging young language-learners and translators, with this prize.

The competition has been established in partnership with the Stephen Spender Trust. It is generously supported by The Queen’s College and St Hugh’s College, Oxford, the Independent Schools’ Modern Languages Association, the Embassy of the Federal Republic of Germany in London, the Institut français in London, the Embassy of Switzerland in the UK, the Swire Chinese Language Foundation, the Austrian Cultural Forum London, the Italian Cultural Institute London, the Instituto Cervantes London, the Association for Language Learning and Oxford University Press. Prizes are kindly donated by Penguin Classics, Vintage Books, Oxford University Press and the Goethe-Institut London. 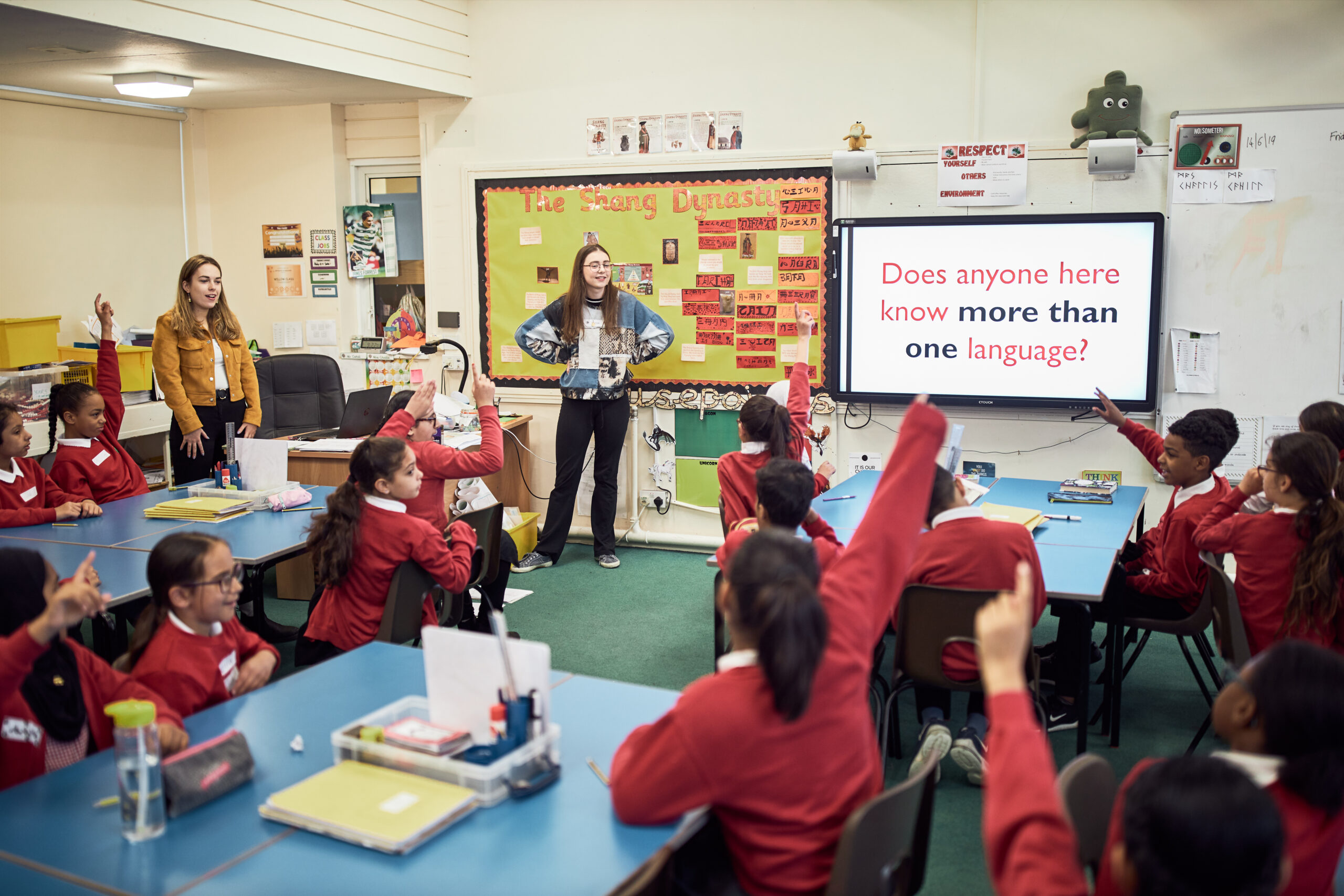 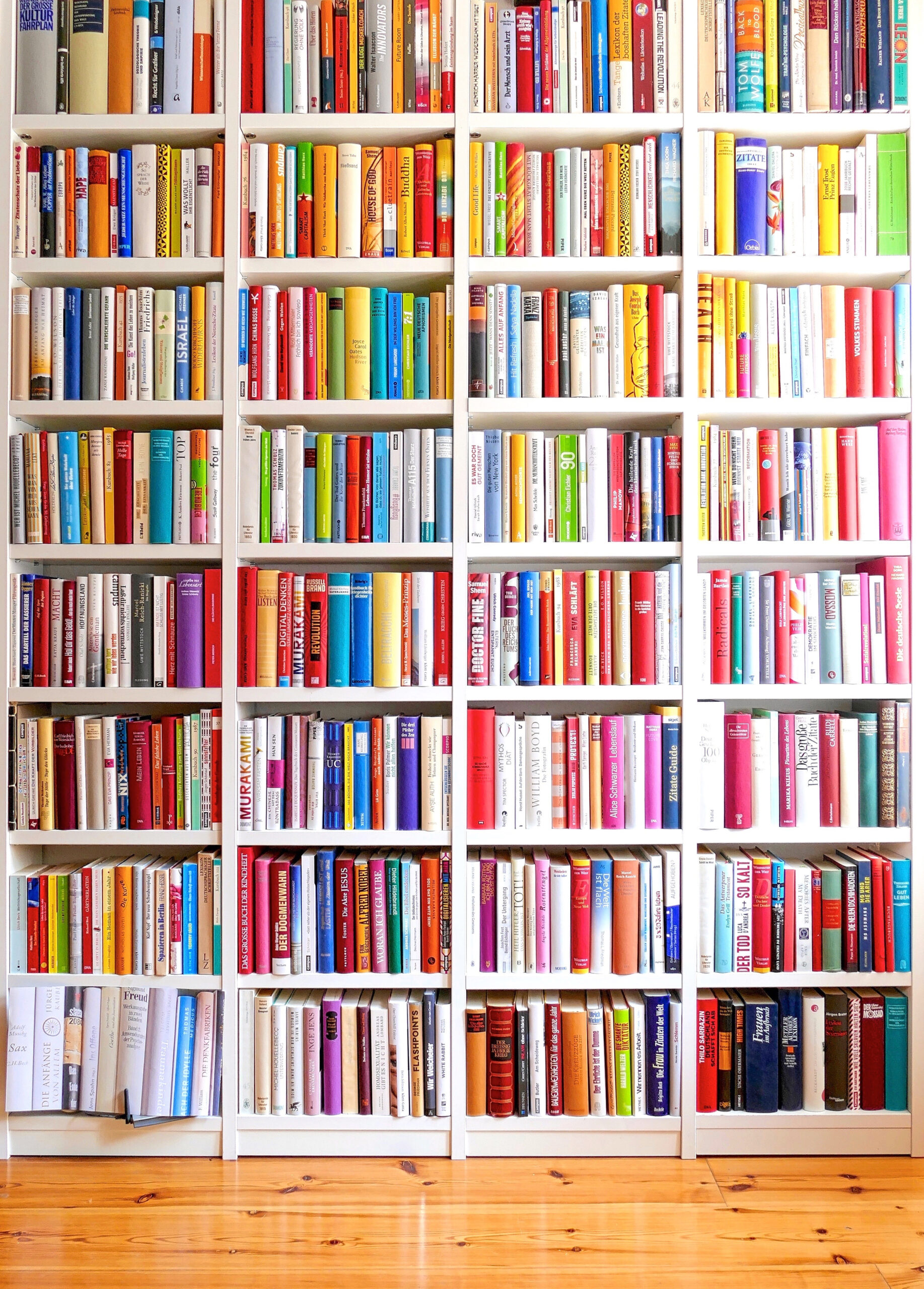 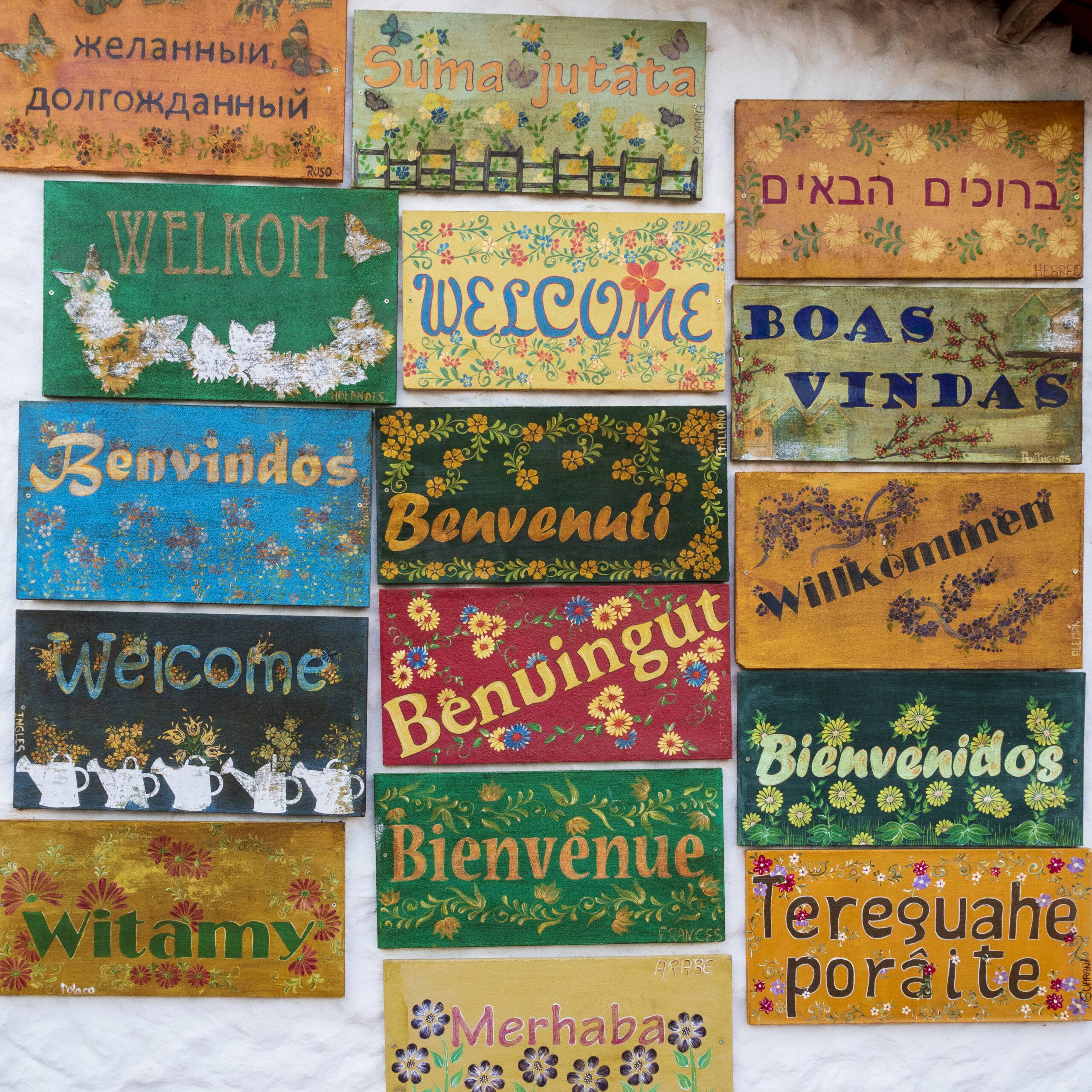